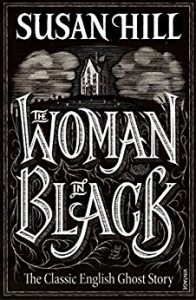 “The Woman in Black” by Susan Hill – a chilling ghost story about a lawyer going to a small village where the local people are terrified of a ghostly figure dressed in black. I recommend the most recent film version of this novel, starring Daniel Radcliffe, if you want something scary to watch this Halloween.

“Dracula” by Bram Stoker – this classic 1897 vampire tale created a new horror sub-genre with its depiction of a deadly immortal creature with a lust for blood. One of its themes is the connection between sex and danger. Interestingly, John Polidori wrote “The Vampyre”, which Dracula owes some of its ideas to, while staying with friends, including “Frankenstein” author, Mary 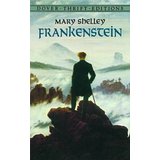 Shelley, the group having a bet over who could write the best horror novel.

“Frankenstein” by Mary Shelley – a horror and science-fiction story written in epistolary form, in letters between an explorer and his sister, about the explorer’s meeting with the scientist, Frankenstein and the hunt for the scarred person he has created, a creature hated by everyone who turns, in his misery, to murder. This novel leaves the reader thinking about what it means to be human and the nature of evil. 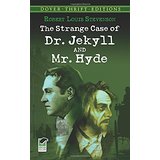 “The Strange Case of Doctor Jekyll and Mr Hyde” by Robert Louis Stevenson – as much a psychological study as a horror novel for children, this story looks at the struggle between good and evil people go through. Stevenson based his novel on the real life case of Edinburgh thief, William Brodie, who was a respected craftsman by day and a masked thief by night. 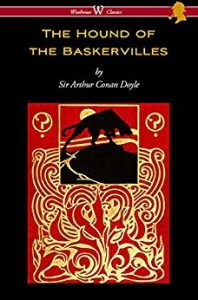 “The Hound of the Baskervilles” by Arthur Conan Doyle – one of the best Sherlock Holmes novels and one that has been turned into countless films and TV episodes, this wonderful story of a wealthy man whose family seems to be cursed to suffer a terrible death is spooky, atmospheric and intriguing.

“The Turn of the Screw” novella by Henry James has a group of people telling each other ghost stories and one of them tells a tale of a governess haunted by the appearance of dead people while trying to protect the children in her care. The novel can work on two levels, either as a ghost story or, with the possibility that the ghosts never existed, as a woman going insane.