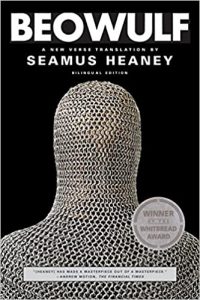 My new historical Dumnonia Mysteries series is set in England in The Dark Ages, so I read various fiction and non-fiction books to get a feel for the era.  The Dark Ages covers the time after the departure of the Romans from Britain in the fifth century, lasting for the next five hundred years or so, the exact length of time depending on who you ask.  It was originally given this name based on the idea that Britain was plunged into chaos after the Romans left, but much archaeological evidence suggests otherwise.  The term Dark Ages does seem apt in some ways, though, as very little is known about how people lived during this time.  Archaeological findings can tell us what they wore and ate but not the kind of societies they lived in.  Perhaps this is why it’s one of the less popular historical times for authors to write about.  There have been some very memorable books, epic poems and series based during this era, though, so here are a few of them.

“Beowulf” is one of the most famous examples of Anglo-Saxon writing, although it’s based in Scandinavia rather than Britain.  Its author and the exact date it was written aren’t known, although it was during the Dark Ages, having 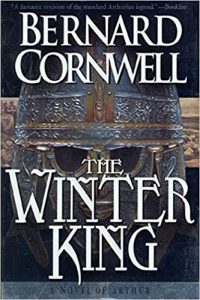 previously been learnt through oral stories passed down from one generation to the next.  The Seamus Heaney translation linked to here is one of a number of interpretations of the epic poem.  It tells the story of a hero who must defeat a terrible beast.

Bernard Cornwell’s epic series, The Saxon Chronicles, begins with “The Last Kingdom” (2006), which tells the story of a boy growing up in the 9th century who is torn between two worlds as Saxons and Vikings clash over leadership of England.  There is also a TV series based on the books.  Bernard Cornwell has also written The Warlord Chronicles (a.k.a. Arthur Series), based on the legend of King Arthur, which consist of “The Winter King“, “Enemy of God” and “Excalibur“.  The books depict Arthur as a 6th century warlord.

Other Arthurian novels follow part-historical and part-fantasy style.  “The Once and Future King” (1958) by T. H. White 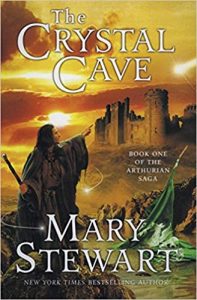 Juliet Marillier has written a number of series based during the Dark Ages that have fantasy elements.  She is a best-selling author who, like Mary Stewart, writes in a vibrant, lyrical style.  Again like Mary Stewart, some of her books are aimed at Young Adults, but are captivating for all ages.  The Sevenwaters series, beginning with “Daughter of the Forest“, is based on ancient Irish legends.  The Warrior Bards series begins with “The Harp of Kings“.  “Shadowfell” is set in Scotland in the Dark Ages. The Blackthorn & Grim series starts with “Dreamer’s Pool” and includes a mystery to be solved.

(You can find out more about my own mystery series based during at the Dark Ages at Amazon, beginning with “Murder on Bealtaine Eve (Dumnonia Mysteries 1)“.)