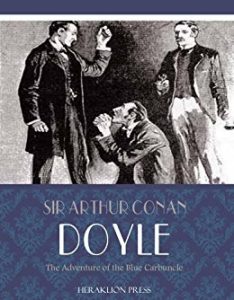 If you’re a fan of historical mysteries you will love this list of popular winter-themed historical mystery stories and novels to enjoy reading over the festive season. There are books by best-selling mystery writers from past and present.

“Hercule Poirot’s Christmas” (aka “A Holiday for Murder” and “Murder for Christmas”) by Agatha Christie – the famous Belgian detective must solve the murder of a cruel, wealthy man who was killed in a locked room in this classic novel.

“The Adventure of the Blue Carbuncle” by Sir Arthur Conan Doyle is a story that features in the collection, “The Adventures of Sherlock Holmes” about a valuable jewel stolen from a Countess over Christmas. A known criminal is accused of the theft but Holmes is not convinced of his guilt. 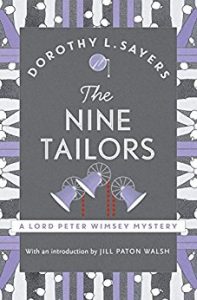 “The Nine Tailors” by Dorothy L Sayers featuring her much-loved detective, Lord Peter Wimsey. Set between New Year’s Eve and the following Christmas, Lord Peter must solve the problem of a corpse that has been found in the wrong grave.

“Envious Casca” by Georgette Heyer – Inspector Hemingway of Scotland Yard has plenty of suspects for the murder of Nathaniel Herriard with a house-full of guests who all have secrets, but how did they commit the murder through a locked door?

“Christmas Party” by Rex Stout is a novella within his “Four to Go” holiday collection, featuring four stories about the popular New York detective, Nero Wolfe, and his sidekick, Archie Goodwin. In “Christmas Party” Archie’s desire to get married is hampered by a murder at an office party. 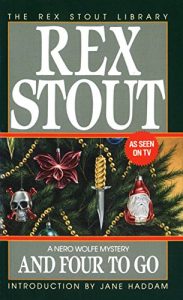 “An English Murder” by Cyril Hare – With thick snow blocking all roads and the phone lines down, no one can escape Warbeck Hall, not even now that they know there is a murderer in their midst.

“Murder for Christmas” by Francis Duncan features detective Mordecai Tremaine who arrives in a small English village for Christmas and has to solve the murder of a man found dead beneath a Christmas tree.

“Crime at Christmas” by C. H. B. Kitchin – A stockbroker and amateur detective must solve two murders committed at an isolated house over Christmas. ‘Kitchin’s knowledge of the crevices of human nature lifts his crime fiction out of the category of puzzledom and into the realm of the detective novel. He was, in short, ahead of his day’ – H. R. F. Keating.

Here is the second half of this article on winter-themed historical mysteries.

If you want some more reading ideas try my list of Classic Winter Historical Stories.

Find me on Facebook, on Twitter or join my e-mail group to get updates on my articles and on my own novels.