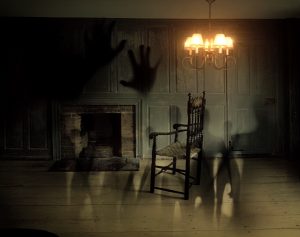 Samhain, which has now become Halloween, is one of four pagan festivals celebrated over the course of a year, the others being Imbolc, Beltane and Lughnasadh. Its origins go back at least 2,000 years and possibly a lot longer, having been celebrated by the Irish Celts. Traditionally held from the evening of 31 October until the following evening, it marked the start of the darkest part of the year. When it later merged with the Christian festivals of All Hallows and All Souls it became a time when people honoured the ghosts of their ancestors whilst, at the same time, trying to keep away dangerous spirits. Its original meaning might have been similar, but this can only be guessed at now.

Samhain is mentioned frequently in Irish literature, tales being passed down the generations as oral history until they began to be written down in the Middle Ages. They tell of spirits, fairies and other supernatural beings who cause havoc in our world and are often fought by heroes or kings. 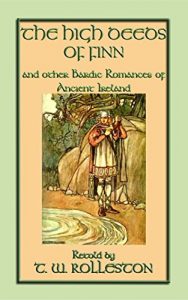 In “The High Deeds of Finn” a spirit comes up from the underworld each Samhain to burn down the settlement of Tara, where Irish high kings were crowned, until stopped by the warrior Fionn.

Samhain or All Hallows are also mentioned in more recent literature. The festival is a part of the folk ballad, “Alison Gross” about a witch who turns the man who spurns her into a worm/serpent. He is freed from the spell on Samhain by the Fairy Queen.

It is the setting for poem, “The One Forgotten” by Dora Sigerson Shorter in her 1907 collection of poems, about a man who forgets to put out a chair for the spirit of his dead wife to join him on Samhain, leaving the spirit grief-stricken.

It is the focus of James Stephens’ 1924 tale, “The Feast of Samhain” and plays an important part in countless other stories, poems and novels. 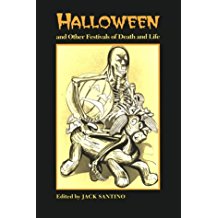