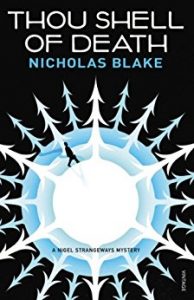 Here is the last half of this list of popular historical mysteries that have a winter theme and are perfect fireside-reading this festive season.

“Thou Shell of Death” by Nicholas Blake – A former World War One pilot is sent letters threatening his murder on Boxing Day. On the fateful day he gathers together everyone he can think of who might be the anonymous writer as well as private detective, Nigel Strangeways, but fails to prevent his own death. It is up to Strangeways to solve the crime.

“A Christmas Homecoming” by Anne Perry – This best-selling author has a 15-book Christmas series, so you can check her Amazon page for details of the full series – they’re described as novellas but are around 150 pages each.  This Victorian mystery is set in an English country home over Christmas. An unknown man arrives at the house while a group of actors are preparing to perform a Boxing Day play and then the stranger is murdered. 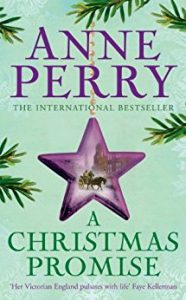 “A Christmas Promise” by Anne Perry – another Victorian murder mystery, this one set in London. A young girl tries to help another child solve the murder of her uncle and the theft of his donkey and cart.

“A New York Christmas” by Anne Perry – In 1904 a young woman travels to New York to attend a grand wedding but is soon pulled into an investigation for a missing woman, the mother of the soon-to-be bride.

“Murder and Mistletoe” by Carola Dunn is part of the Daisy Dalrymple series and is set in 1923 in Cornwall. A Christmas gathering at a grand home falls apart when one of the guests is murdered.

“Away in a Manger” by Rhys Bowen is the sixteenth Molly Murphy novel. Set in New York in 1905, Molly tries to help two children when the brother is accused of theft, only to find that there is a far bigger mystery to solve. 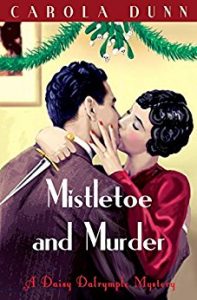 “Mystery in White” by J Jefferson Farjeon – one of the passengers on a train held up by snow has a deadly secret.

“The Santa Klaus Murder” by Mavis Doriel Hay – a titled family gets together for Christmas at a country house only for a murder to occur that everyone present seems to have something to gain from.

“Silent Nights” edited by Martin Edwards – a collection of classic crime stories, including some of the well-known ones – like “The Blue Carbuncle” – listed in Part 1 of this article and some different ones.

I hope you enjoyed this article and it gave you ideas for books to read.  Please send a comment if you want to recommend any books I’ve missed or talk about ones on this list.

Find me on Facebook, Twitter or join my e-mail group for updates about my articles and my own novels.