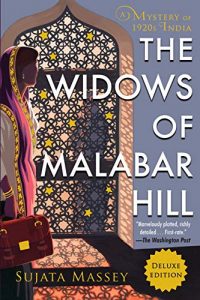 Find some entertaining reading with this collection of some of the most popular historical mystery novels of 2018.

“The Widows of Malabar Hill (Mystery of 1920s India 1)” by Sujata Massey – In the first novel in this new series, Perveen Mistry is one of the first female lawyers in India. Her investigation into a peculiar law case involving three widows leads to murder.

“The Prisoner in the Castle (Maggie Hope Mystery 8)” by Susan Elia MacNeal – During World War II former spy, Maggie Hope, has been locked in a Scottish prison, only to have other prisoners begin dying.

“Greeks Bearing Gifts (Bernie Gunther 13)” by Philip Kerr – The latest thriller in this series is set in 1957 in Munich and Athens, where Bernie is now working for an insurance company. He investigates a claim over the sinking of a ship and believes it was no accident.

“Island of the Mad (Mary Russell & Sherlock Holmes Mystery 15)” by Laurie R. King – New novel in this series featuring Sherlock Holmes and his wife, Mary Russell, as they search for an aristocrat who has vanished from an insane asylum. 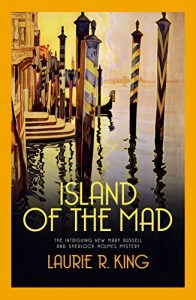 “Treacherous is the Night (Verity Kent Mystery 2)” by Anna Lee Huber – The second book in this popular new series set in 1919 has Verity and Sidney investigating the murder of a medium who had told Verity that a former colleague of hers had died.

“Murder in Greenwich Village (Louise Falk Mystery 1)” by Liz Freeland – In 1913 Louise Falk moves to New York only to have a woman killed viciously in her apartment and her ex-beau accused of the crime.

“Four Funerals and Maybe a Wedding (A Royal Spyness Mystery 12)” by Rhys Bowen – The latest novel in this series, which is set in London in the 1930s, sees Georgiana and Darcy planning their wedding while dealing with odd occurrences at their new estate.

“A Gentleman’s Murder” by Christopher Huang – In 1924, in the aftermath of World War 1, Lieutenant Eric Peterkin joins the exclusive Britannia Club for soldiers, only to see one of its members murdered. Eric’s investigation uncovers secrets and more deaths. 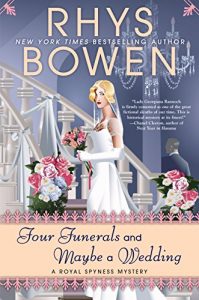 “A Tale of Two Murders (Dickens of a Crime)” by Heather Redmond – In Victorian London young journalist, Charles Dickens, investigates two murders in the first book in this new series.

“Beneath the Darkest Sky (Renaissance 2)” by Jason Overstreet – In the 1930s ex-FBI agent, Prescott, moves to Russia with his family to work in the American Embassy, only to have his life grow even more dangerous.