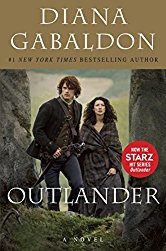 Diana Gabaldon’s best-selling “Outlander” novels and the TV series based on them are set in the Highlands of Scotland, beginning in 1743 and major events occur between then and 45 years later to make the country an entirely different place by 1788, when my novels, set in the Scottish Lowlands area of Edinburgh, are based. At the beginning of the century witch trials were still occurring while, at the end, superstition was giving way to scientific views of the world.

“Outlander” shows an area of the Highlands north of Inverness – where my adopted home of Nairn is – with various ruling clans in charge. These had a laird in charge – voted for by his clansman rather than gaining the position in a hereditary way, as English lords were – whom everyone on his lands swore an oath of loyalty to and, if necessary, fought for against rival clans. 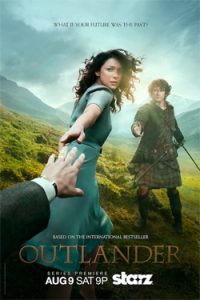 Because of a previous Jacobite uprising, England had garrisons of troops stationed in the Highlands at Fort William, Fort George and Fort Augustus, as well as several barracks. These caused considerable tension and trouble to the local population and are the source of much of the conflict in “Outlander“.

The Battle of Culloden

The 18th century events of “Outlander” all lead towards the doomed Battle of Culloden of 1746 where Prince Charles – known as Bonny Prince Charlie – led the Jacobites of the Highlands into a catastrophic battle against the English to gain their independence and put the prince on the British throne. The battle resulted in around 2 thousand Scottish deaths, not just during the fighting but also in executions afterwards, and marked the end of one way of life. 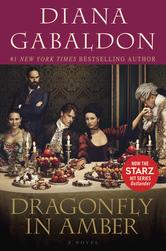 Historical accounts say that a member of the Fraser clan survived the battle and this is the reason Diana Gabaldon chose that surname for Jamie, one of the books’ protagonists. Many of the surviving Jacobites fled Scotland, escaping the poverty and starvation that took place in the Highlands, largely as a result of the Clearances.

Cultural changes following the battle included new Acts of Parliament that took away the power of the lairds as well as forbidding Highlanders to wear swords, clan tartans and kilts. The Clearances took place in the Highlands for around a century, with tenants forcibly evicted from their homes by the surviving landlords, to clear the land for different types of farming, particularly sheep farming. These evictions, that were often a way to reduce poverty for those left in charge, destroyed the Highlands culture of the time. Those who didn’t make changes went bankrupt, putting ownership of the land into the hands of non-Scots, often the English. 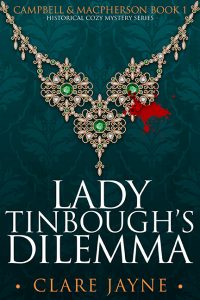 The world of Edinburgh shown in my novels, with its world-renowned university that emphasised a rational, scientific view of the world, could not be more different from the earlier Highlands period. Not all of the changes, however, are due to the actions that took place. There was always a divide between the culture and politics of the Highlands and Lowlands of Scotland. The Highlanders were Celts, a different race from the Anglo-Saxon Lowlanders and, although it was the Lowlanders who won Scottish independence from the English in the 14th and 15th centuries, they largely resembled 2 different countries. The inventions that are part of the Scottish Enlightenment, taking place in Edinburgh and other parts of the Lowlands when my books take place, are a world away from the struggling farm life in the Highlands.

While some Highlanders moved to the Lowlands during the Clearances and were proud of their background, many of the Lowlanders wanted to downplay any link between them. A lot spoke with English accents and, with new anti-Scottish laws in place, people were encouraged to follow the behaviour of English society.

Time would change this view but the Highlander world of clan rule depicted in “Outlander” was now gone forever.