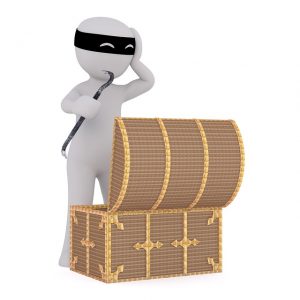 My upcoming novel, “Campbell & MacPherson 1: Lady Tinbough’s Dilemma” is set in eighteenth century Edinburgh. When I began planning it I didn’t actually realise that there wasn’t a police force in the Georgian era and, with Scotland being run differently from England at the time, it was surprisingly difficult to find out who would have caught criminals in Edinburgh in the eighteenth century.

Given the harsh punishments for criminals at that time – a poacher or thief might receive the death penalty – the methods for catching criminals all over the country seem to have been oddly half-hearted.

The main form of policing was the Edinburgh Town Guard, or City Guard as they were later known. These were hired soldiers – often retired Highlanders – who patrolled at night in their red uniforms, carrying a musket or Lochaber Axe. John Dhu was a Corporal at this time, someone Sir Walter Scott called “the fiercest looking fellow I ever saw”, but also known for being gentle hearted. The problem with the Town Guard – other than their bad reputation and nickname of Town Rats – was that many of them had other jobs so most only did some part-time patrolling.  Also they did not investigate crimes or, often, even arrest the criminals, relying on civilians to make a citizen’s arrest or catching someone openly acting in an unlawful way and taking them away to prison. 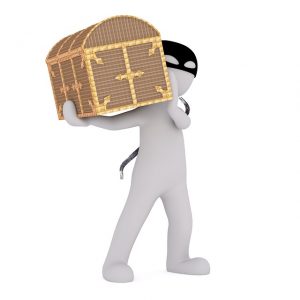 Other people who could be hired to find stolen property – usually answering newspaper adverts – were called thief takers. However, they were often criminals themselves so they were only interested in pursuing a case for a reward and, despite the misleading name, they often didn’t actually arrest the thieves. Instead, they might offer the thief some payment to return the item to its owner. So the thief and the thief taker made a good profit out of the arrangement but no one was punished.

Caddies were strong, young men paid by the Council and recognisable because of the blue aprons they wore. They spent their time out on the streets doing physical work, such as being hired to carry barrels of water, and kept a close watch on who entered and left the city. They could be hired to find a missing person.

In 1788, when my new novel is set, there was also George Williamson, King’s Messenger for Scotland, who was paid by the Government to track down criminals. He was, unusually for someone in this line of work, a gentle, kind man who sometimes paid a person’s d

ebts himself to help them. He is known as the man who caught William Brodie, the real-life masked thief who was the basis for Robert Louis Stevenson’s novel of Jekyll and Hyde.

In my own novel I’m relying mainly on an amateur detective duo who have no idea what they’re doing and who make plenty of mistakes in their investigation, combining humour, romantic tension and the growing mystery of the case.