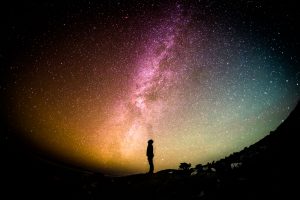 The 18th century was a time of change in Scotland with Edinburgh at the heart of what became known as the Age of Enlightenment. It was responsible for many advancements and inventions that changed the world.

Philosopher David Hume wrote his famous Treatise on Human Nature and collaborated with Glasgow philosopher Adam Smith, who wrote The Wealth of Nations and founded the field of economics. Robert Burns, born in Ayrshire but living much of his life in Edinburgh, was renowned as one of Scotland’s greatest ever poets as well as one of the founders of the Romantic movement.

The Encyclopaedia Britannica was created in Edinburgh and first published in 3 volumes between 1768 and 1771. It was the greatest reference collection of its time in the English-speaking world.

Edinburgh University was also at its most famous. It founded its medical school in the 18th century and its professors and students included James Lind, who created a cure for typhus and scurvy; Robert Willan, who founded dermatology; William Hewson who is known as the “father of haematology”; and Alexander Monro (secundus) who developed knowledge of the lymphatic system and helped create the doctrine on intracranial pressure.

Edinburgh at this time was generally a more liberal place than England. Personal slavery was abolished in Scotland in 1778 after James Knight won his legal case in Edinburgh and in 1792 a third of the petitions to abolish all slavery came from Scotland. There were also a lot of people, like Thomas Muir, who preached about helping the poor and introducing reforms. Muir and others founded the Scottish Association of the Friends of the People to oppose the London Association of the Friends of the People which promoted Whig ideas. This would backfire after the French Revolution began in 1789 and caused a panic among the British, leading to Muir and many others being charged and found guilty of sedition. This was the beginning of the end of the Age of Enlightenment for Edinburgh.

Buchan, James – “Capital of the Mind – How Edinburgh Changed the World”; 2003; John Murray Publishers, a division of Hodder Headline