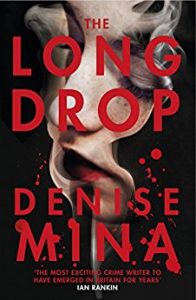 2017 has been an excellent year for new historical mysteries and here are some of the most popular, both one-off novels and those that are part of a much-loved series.

“The Long Drop” by Denise Mina is part novel and part factual account of the 1958 trial of a serial killer, which won the 2017 Gordon Burn prize and the 2017 McIlvanney Prize.

“Little Deaths” by Emma Flint – a novel based on a real-life case of a woman in 1960s New York who was accused of killing her children.

“From the Ashes” by Sabrina Flynn is the first book in the new Ravenwood Mysteries set in San Francisco at the beginning of the twentieth century. Atticus Riot investigates the abduction of an heiress, not helped by the secrets the victim’s husband is concealing. 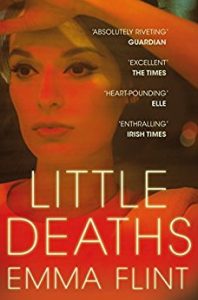 “This Side of Murder” by Anna Lee Huber is the first book in a new series by this best-selling author. Set in England in 1919, Verity Kent is mourning the death of her husband during the Great War when she is sent a letter suggesting he committed treason. At an engagement party for one of her late husband’s colleagues she learns more about the officers and that one of their secrets might include murder.

“In this Grave Hour” by Jacqueline Winspear – This is book thirteen of the Maisie Dobbs series where she must find a killer from the previous war while the Second World War is beginning. Events grow increasingly dangerous for both the country and Maisie. 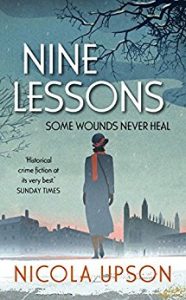 “Nine Lessons” by Nicola Upson – This is the seventh book in the series where real-life mystery writer, Josephine Tey, is written as the detective. It’s set in Cambridge in the 1930s where Tey helps DCI Archie Penrose investigate a series of rapes that are causing terror amongst the local people.

“A Perilous Undertaking” by Deanna Raybourn – Book two of the Veronica Speedwell mysteries, set in Victorian London, sees the detective asked to help free a man convicted of murder by finding the real killer.

“Where the Dead Lie” by C. S. Harris – The twelfth book in the thirteen book series set in Regency London sees Sebastian St. Cyr investigating the abduction and murder of homeless children.