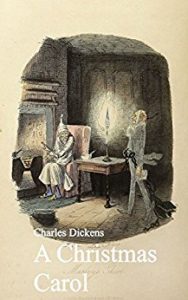 “If I could work my will,” said Scrooge indignantly, “Every idiot who goes about with ‘Merry Christmas’ on his lips, should be boiled with his own pudding, and buried with a stake of holly through his heart” – “A Christmas Carol” by Charles Dickens

‘The flake of snow grew larger and larger; and at last it was like a young lady, dressed in the finest white gauze, made of a million little flakes like stars. She was so beautiful and delicate, but she was of ice, of dazzling, sparkling ice; yet she lived; her eyes gazed fixedly, like two stars; but there was neither quiet nor repose in them’ – “The Snow Queen” by Hans Christian Anderson 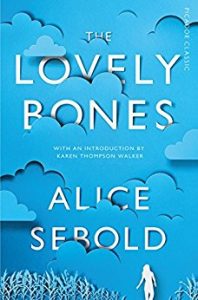 ‘Inside the snow globe on my father’s desk, there was a penguin wearing a red-and-white striped scarf. When I was little my father would pull me into his lap and reach for the snow globe. He would turn it over; letting all the snow collect on the top, then quickly invert it. The two of us watched the snow fall gently around the penguin. The penguin was alone in there, I thought, and I worried for him. When I told my father this, he said, “Don’t worry, Susie; he has a nice life. He’s trapped in a perfect world.” – “The Lovely Bones” by Alice Sebold

‘She could not fathom the hexagonal miracle of snowflakes formed from clouds, crystallized fern and feather that tumble down to light on a coat sleeve, white stars melting even as they strike. How did such forc 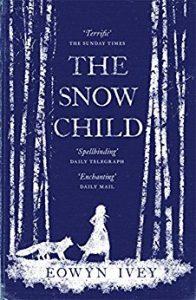 e and beauty come to be in something so small and fleeting and unknowable?’ – “The Snow Child” by Eowyn Ivey

“One can never have enough socks,” said Dumbledore. “Another Christmas has come and gone and I didn’t get a single pair. People insist on giving me books.” – “Harry Potter and the Philosopher’s Stone” by J K Rowling

‘The streets were full of motion, and the shops were decked out gaily. The New Year, like an Infant Heir to the whole world, was waited for, with welcomes, presents, and rejoicings’ – “The Chimes” by Charles Dickens